A team of researchers at IIT in Milan has published a paper about hybrid perovskites in the prestigious journal Nature Photonics.

The Team of researchers led by Annamiaria Petrozza working at the Center for Nanosciensce and Technology (CNST) of the Istituto Italiano di Tecnologia (IIT) in Milan, coordinated by Guglielmo Lanzani, just published the work entitled "Role of microstructure in the electron-hole interaction of hybrid perovskites lead halide" in the prestigious journal Nature Photonics. 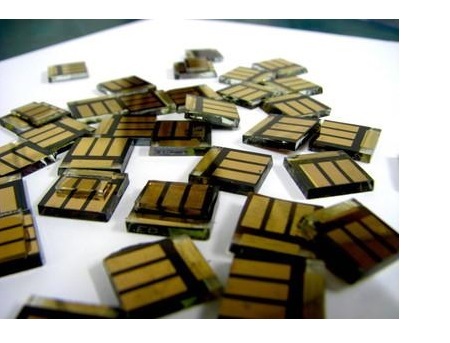 The work shows that depending on the perovksite crystal structure (where the perovskite is the light absorbing material in the solar cell) the photons are converted into free charges (electrons and holes) or in bound charge pairs (called excitons, a sort of hydrogen atom).

"It seems a small detail, but from the electronic properties point of view it makes a huge difference. The free charges immediately produce current, whereas the bound charge pairs are "neutral" and often re-emit light rather than create a current," said co-author Guglielmo Lanzani.

The perovskites are polycrystalline semiconductors used in thin film solar cells and they have the potential to compete and hopefully overtake silicon and other more traditional photovoltaic technologies.

Over the last year, this material with peculiar chemical and photophysical properties has captivated the attention of the international scientific community because it allows the fabrication of hybrid solar cells with an efficiency of about 18%, when used as light absorbing material. (See also the recent paper published on Energy and Environmental Science).

Those efficiencies are outstanding considering that the research on perovskite-based solar cells is still in embryo (the first work dates back to December 2012) if compared to the silicon one which is over fifty-years old. Moreover, the cell fabrication occurs at low temperatures, it is highly scalable and it requires a limited amount of material (the light absorbing layer is in fact hundreds of micrometres thick). Those features make the perovskite-based solar cells a highly competitive technology, which will continue its rapid rise in the landscape of solar energy and other optoelectronic applications.