I met Enrico at C1AO EXPO back in November, an exposition about Artificial Intelligence where he was participating as a speaker. I got to know about his participation in it thanks to another IIT Alumna Arianna Pezzuolo – thank you Arianna! So there I went and, in the old medieval patio of the S.Giorgio Palazzo in the historical centre of Genova, we sat and talked. Here below some points of our conversation, that I translated.

Hi Enrico! Welcome back to Genova. What can you tell us bout your time in IIT?

At the very beginning of my experience in IIT, I still remember going for aperitivo with my colleagues, right after setting up our own labs, which were all half-empty at the time. I began in 2007 and it was like being in a family. We probably were around 50/60 people in total I guess.

I did my PhD in Humanoid Technologies, this was the name back then and it comprised researching in both the fields of robotics and bioengineering. I still remember Lorenzo Jamone, Serena Ivaldi and all the second PhD group to join IIT.

It was both good and bad. Doing research was not as easy because many things still had to be set up and it was not the polished and functioning lab you see today. But I have to admit that between giving a hand to build it up and being given a hand to learn new things, it was a really motivating moment of my life, where I could sense we were building up something valuable.

I’ve been back a few times afterwards, after finishing my PhD, collaborating to some EU projects with other researchers. The collaboration didn’t stop after I started my current career in industry. So I would say IIT is a network that gives value to what you’ve been doing, it adds value to it.

What did you do when you left IIT?

I carried out a postdoc at the University Clinic in Tuebingen, focusing on robotics motor control and I am now working for a big German multinational in the business of robotics, autonomous driving and components for both industrial and automotive fields. We are an innovation hub and I’m part of a data science and AI group that aims at applying new technologies and digitalization to implement existing mechatronic products, in order to add up value to them and launch new business models.

What can you tell us about this sector in Germany?

There are many investments towards the digital and AI fields. In fact the very “Industry 4.0.” name was first coined in Germany. There is a strong support for this sector from politics. Moreover, there is a different approach to planning. It tends to be more long-term than here in Italy. In Germany the industrial sector is also different from the italian one, most of all because what we consider in Italy to be a big company, let's say 1000 employees, in Germany it would be considered as a small company. This has consequenltly a direct impact on the local politics, as big corporates have more power to influence the choices of the governament in specific fields, differently from Italy where medium and small businesses have sometimes more diffiiculties to act in coordination and whose initiatives result fragmented. 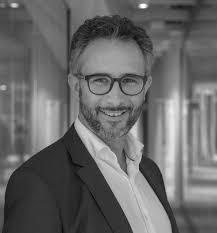 IIT had an important impact on my life. When I graduated, I was not planning on doing research. Then I went to the US where I worked as a Research Assistant and where I got interested in research.  IIT offered me a chance to come back to Italy and start something new. I’m really glad I did it, because it was an incredible life-experience; I have very fond memories of my time in Genova and I’m still in touch with a whole network of people that helped me enormously with all the chances I got afterwards.

I would say that IIT really gives you a pace which can bring you far away, if you’re willing to put some effort in it.

What would you say to people who begin the same PhD path now in IIT?

A PhD is a hard path. You need to be active and proactive and find something you are passionate about. Take it as an exploration! I don’t think that a PhD has to necessarily produce thousands of papers and publications on Nature (if you do it, good for you, of course!). I think a PhD is a period to learn how to reach results within your research. Research in itself is endless, so you will never have a finishing line, but many tiny accomplishments and that’s what you need to learn to pursue.

How vast is your IIT network?

I’m still in touch with a few people, such as Lorenzo Natale, Francesco Nori, Giorgio Metta and Serena Ivaldi. I had collaborations with some. Some others are part of my network because we simply found out we have common working acquaintances or because we are still friends.

Last example – I boarded my plane yesterday and there was Alice Borceto, a girl who started her PhD a couple of years after me and is now working in a company in Genova, so we met again by chance.

Everyone of us becomes a small gear into a bigger machine once we leave IIT. The bigger the machine, the better for everyone of us.

If I had to tell one thing I’ve always appreciated about the experience in IIT, in fact, is that the level of preparation and expertise of the people you can get in touch with, even just at the coffee machine, is such that allows you for a wider vision of what’s out there. This way I was given the tools to get a clear idea of what I needed to prepare for and structure my own itinerary for the future.