“We designed and built up a new kind of glasses, that help hearing impaired people in noisy environments. With the glasses on, they are capable of focusing on the voice of the specific person they are looking at. The glasses also attenuate surrounding noise sources. This is particularly useful for people who are losing their hearing abilities, such as elderly people, or people who cannot concentrate on conversations because of surrounding loud noise sources."

To understand the value of this project, you need to know that our brain is able to understand a sentence by just picking up half the number of its words. Too often, however, the sound we hear is so muffled, distorted or dampened by other noises, that even modern hearing aids cannot help recover that half sentence.

As Luca Brayda pointed out: “To date, one of the reasons people refrain from using hearing aids, or stop using them, is because they still struggle in noisy environments. This rejection does not solve the problem, rather it makes it worse as it causes social exclusion.”

The solution that Acoesis brings in, consists in helping the brain to focus on a single sound source: the one in front of you. This is very practical, since we naturally look directly at the person or people we are talking to. This way, the user can comfortably follow a conversation while the technology cares about isolating unwanted noise sources.

This is the idea behind the start-up Acoesis. Simple and plain. Still, it could radically change the way people with (or even without) hearing impairment interact with the world.

The Story behind it:

The project was born in 2014 with the idea of building an object capable of helping people with hearing impairment. It all sprang from a regional project coordinated by local companies and the University of Genova to which Luca B. took part into. Thanks to this experience, they soon realised that the device in their hands could be something more than a mere research project, but it could turn into something real to help people.

Once the research project was over, Luca B. and his research team kept on working on it. They first connected a normal pair of glasses to an electric box through wires and they reduced the dimensions of the box up to a case attached to a belt.  “Then the whole thing shrank” says Luca smirking. 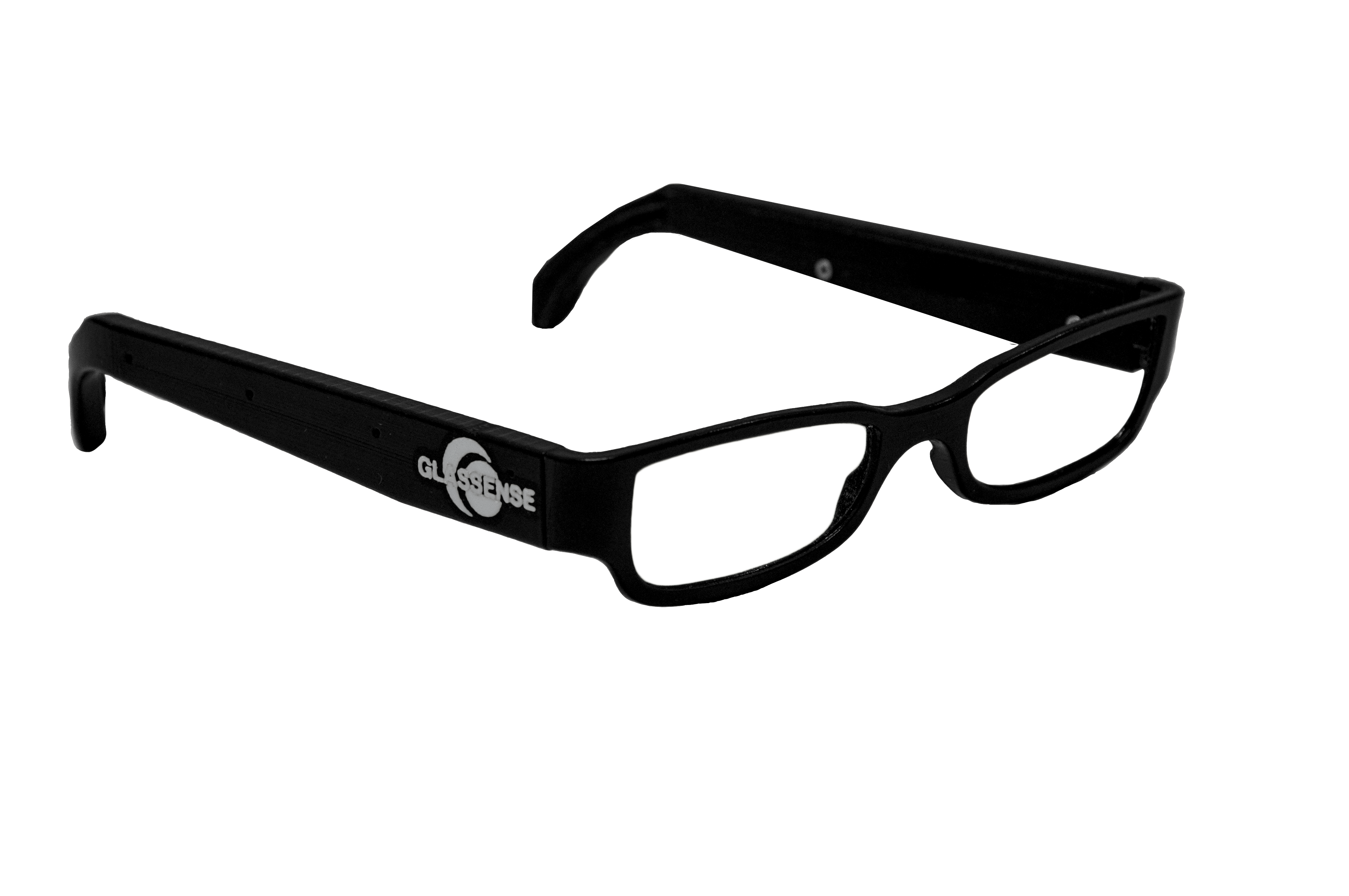 With this shrunk object, they participated to Smart Cup Liguria (http://www.smartcupliguria.it/ ) in 2016 and they won it. Then, a seed funding from IIT allowed them to further engineer the prototypes, while they looked for - and found - investors.
They funded Acoesis in January 2019.
In June 2019 they were among the winners of the Silver Economy Forum in Genova, which is the reference event in Italy for the world of seniors. Three days of meetings and discussions on the most important silver age issues: from tourism to health care, from consumption to home automation.

I got to Erzelli unsure of where to find Luca. I’m still moving my first steps in getting to know more IITians.
I got into the first random room I came across and asked “Any of you can help me find Luca Brayda?”. “He’s right here” they all replied in chorus, pointing at a desk hidden by shelves. What a fluke!

A very kind, serious-looking guy emerges from thin air and, after finding the other Luca - a relaxed chap with a warm smile - we set off to find a quiet place to sit and chat. I am over the moon when they actually suggest that we sit outside, on the grass in front of the Erzelli buildings. “Not so serious after all..” I think to myself with a grin, anticipating the freshness of the grass.

“Hearing aids, first of all, are very complex objects and need to be very small to be discrete and wearable. Physics, however, says that if you want to filter sounds in space in a smart way, you will need space and a certain amount of microphones” they start explaining. There is a strong market demand at the moment for hearing aids, mainly because the share of elderly people is growing (Liguria has the highest concentration of elderly people in Europe). In addition, very few solutions exist today that help people understanding speech in noise.

For example, children with a hearing impairment use remote mics at school. The child gives a microphone to the selected speaker, the teacher for example, and the microphone is connected to the child’s hearing aid so that the teacher’s voice is privileged. This is highly limiting, because it requires collaboration, it requires making someone’s impairment explicit and it forces the child to listen to a single person.

On the other hand, there are products aimed at a broader range of consumers, labelled as “smart listening devices”. But they are a whole different type of product, aimed at meeting very different needs. Among these we find noise-cancelling headphones that can also be used to talk on the phone and listen to music.

So one of the team effort is currently brand-positioning.

The Acoesis team, at the moment, consists of 4 people, but they are looking around for new members who can manage signal processing, but also marketing and business. 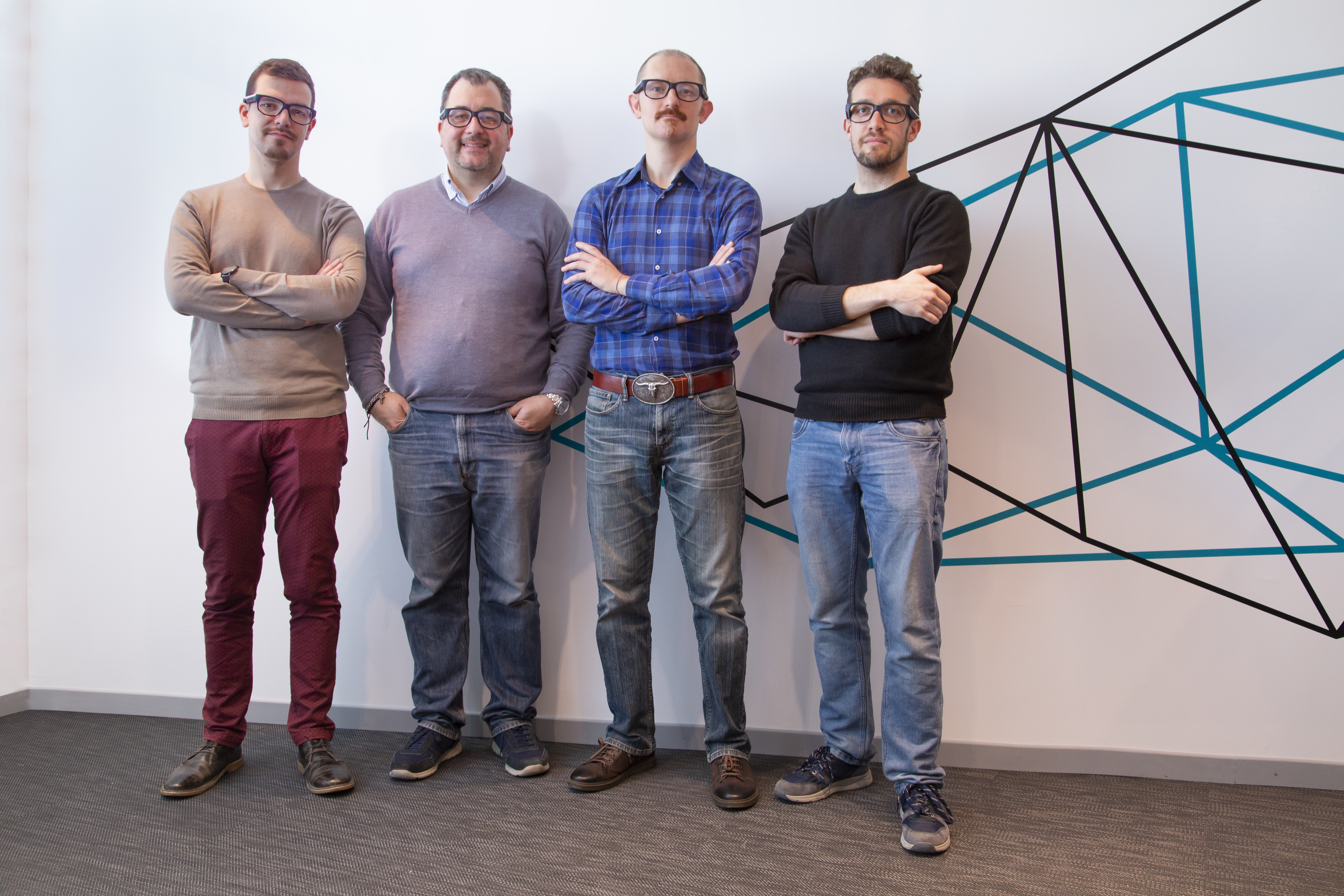 What was the biggest challenge?

“Convincing someone to give you money is not the same thing as writing a grant. The return on an investment of this kind is much higher and the risk of the investor is greater” says Luca B., who then explained how much they had to learn in such a short period of time, but they could count on some help from the IIT Technology Transfer Office and support from the RBCS unit.

The other Luca, on the other hand, mostly struggled with building up a personal critical idea of the direction the project should take, having to change direction so many times and having so many different actors chipping in with their ideas or points of view.

The team aims at marketing the product within the end of 2020. “The moment is right now, not in four or five years. We need to make decisions, hold the rudder firmly and go ahead. We need to be realistic more than perfectionist at this stage”.

Luca B. understands that time is key and what works today within their market share, might not work further ahead. When I asked him whether getting used to this change in pace had been a challenge, coming from the research world where time has a different weight, he simply replies “Research has a 10-20 years vision. Then if you see results, you accelerate to transform prototypes into products. I think it is fair that research is slower, because it looks further ahead”

Sep 30 From the Press — Latest from IIT