The discovery of novel phases of matter is at the core of modern physics. In quantum materials, subtle variations in atomic-scale interactions can induce dramatic changes in macroscopic properties and drive phase transitions. Despite their importance, the mesoscale processes underpinning phase transitions often remain elusive because of the vast differences in timescales between atomic and electronic changes and thermodynamic transformations. Here, we photoinduce and directly observe with x-ray scattering an ultrafast enhancement of the structural long-range order in the archetypal Mott system V2O3. Despite the ultrafast change in crystal symmetry, the change of unit cell volume occurs an order of magnitude slower and coincides with the insulator-to-metal transition.
The decoupling between the two structural responses in the time domain highlights the existence of a transient photoinduced precursor phase, which is distinct from the two structural phases present in equilibrium. X-ray nanoscopy reveals that acoustic phonons trapped in nanoscale blocks govern the dynamics of the ultrafast transition into the precursor phase, while nucleation and growth of metallic domains dictate the duration of the slower transition into the metallic phase. The enhancement of the long-range order before completion of the electronic transition demonstrates the critical role the non-equilibrium structural phases play during electronic phase transitions in correlated electrons systems.

Andrej Singer received his Ph.D. degree (2012) in Physics from the University of Hamburg, Germany in the lab of Prof. Edgar Weckert and Prof. Ivan Vartanyants, following a Physics diploma from the University of Muenster, Germany. He studied the properties of new x-ray sources, particularly their ability to generate interference patterns, similar to lasers in optics. He then worked as a Postdoc in the lab of Prof. Oleg Shpyrko at the University of California San Diego and applied coherent x-ray scattering techniques to study a wider range of materials, spanning from fundamental correlated electron materials and applied “real” materials in operando devices to photonic crystals, in particular those present in nature. 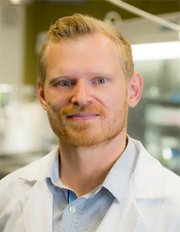