The President of the European Research Council visits IIT

Genova, December 4th, 2018 – The EU ability to invest on young promising researchers through ERC grants; the IIT program to reverse brain-drain from Italy - to this day, IIT counts 27 ERC winner projects, three of which are brain-gains from USA, UK and Spain, meaning researchers that had left Italy and that are now coming back thanks to IIT attractiveness; the next European Commission investment plan on research and innovazion, Horizon Europe: these above, are some of the topics discussed today in IIT Genova Central Lab during the visit of ERC President, Jean-Pierre Bourguignon.

Talks were delivered by the IIT President, Gabriele Galateri di Genola, the IIT Scientific Director Roberto Cingolani, the Head of the European Commission Delegation to Milan Massimo Gaudina, the Senator for life Mario Monti, who is also Chair to the European Research, Science and Innovation Commission, in charge of selecting the next ERC President and, naturally, by Jean- Pierre Bourguignon. Furthermore, each single ERC project owner took the stage to quickly present their work. IIT counts 22 ERC project owners for a total of 27 ERC projects being carried out in IIT premises and Labs.

This visit to IIT was prompted by the significant success that IIT obtained, within the last years, in attracting or retaining the winners of EU-financed projects on a competitive basis. To this day, IIT won about 190 of such projects worth over 95 millions altogether. Among these, 27 are ERC grants, amounting to over 35 millions of euro and that involve 8 female researchers and 14 male researchers working in IIT labs in Genova, Milan, Lecce, Rovereto and Rome.

IIT attractiveness is clearly reflected by the fact that 4 of such researchers came on purpose to Italy from abroad, in order to carry out their ERC research specifically in IIT labs: Agnieszka Wykowska who left Germany, Paolo Decuzzi who came back from the US, recently Giandomenico Iannetti who has left the UK and Paolo Melchiorre who was previously working in Spain.

EU grants also helped those reserchers already working in IIT to build up their first working groups and, within time and thanks to further funding,  to consolidate already existing working teams.

At the moment, there are two other ERC winners who are preparing to come back to Italy and start working at IIT.

“Between ERC and IIT there is a very strong bond. A bond built on values, first of all meritocracy and excellence in scientific research. A bond with goals, such as growing knowledge that can help economic development and social innovation. A bond made of people, considering how many researchers working in IIT benefit and benefited from ERC grants. For all this, we are glad to host President Bourguignon and to have the chance of showing him our labs and introducing him to some of our 1600 researchers, who are also with us thanks to the major contribution of the European Community. We must be grateful to ERC for the impressive work in strengthening the european research sector, in pushing the scientific dialogue towards the most cutting-edge areas and in supporting and giving value to talents, of which Europe abounds and needs in order to face future challenges”, said Gabriele Galateri di Genola, President of IIT. 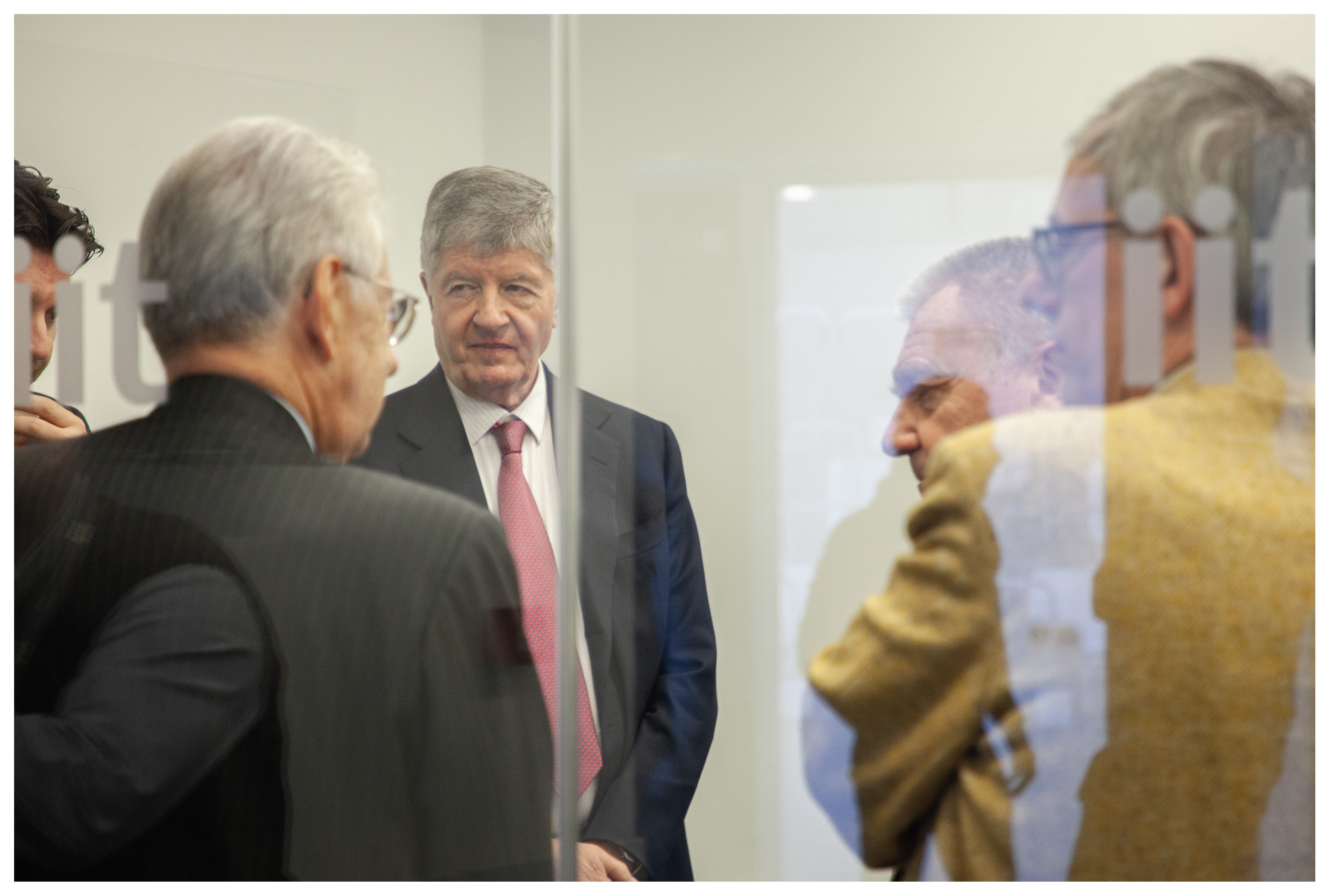 The European Research Council (ERC) that was established in 2007, is the first european organisation for high-level reserach funding. Each year, ERC subsidize the best researchers – whatever their nationality and age – in order for them to carry out  their reserach in european labs. There are four kinds of financing: Starting – for younger reserachers, Consolidator, Advanced and Synergy Grants. Particularly, the Proof of Concept funding, was first established to bridge the gap between a pioneering kind of lab research and the first steps toward mass production or, anyway, commercialisation.

To this day, ERC has financed about 9000 reserachers and over 50.000 post-doc reserachers, PhD students and other staff associated to reserach groups. ERC aims to attract the world’s best reserachers to Europe; the main financing institution from all over the world – USA, China, Japan, Brasil and so on – have special agreements with ERC in order to offer their researchers the chance to temporarily join european groups, that have been awarded this kind of grants. The overall ERC budget from 2014 to 2020 exceeds 13 billions of euro, as part of Horizon 2020 Program.

Recorded Video of the Event below