Four researchers at IIT - Istituto Italiano di Tecnologia in Italy have been awarded by European Research Council (ERC) Starting grants: Arash Ajoudani, Francesco Di Stasio, Ilka Kriegel and Velia Siciliano. In the next five years, they will be able to consolidate their studies in the field of collaborative robotics, optoelectronics for quantum technologies, nanomaterials for energy applications and health biotechnologies, such as CAR-T cells therapies.

The official ERC announcement was today and regarded 408 early-career researchers across Europe, with a total investment of 621 million euros, as part of the EU Research and Innovation programme, Horizon 2020. The highly-coveted funding will help individual scientists and scholars to build their own teams and conduct pioneering research across all disciplines.

With these 4 new grants, IIT's ERC projects portfolio goes to a total of 36 projects, confirming its ability to attracts funds and scientists for cutting-edge projects in Italy. Among the four new ERC grantees, two are Italians returning back to Italy after a period spent in Spain and in the USA, and two are foreign researchers who have been working in IIT for several years.

Furthermore, IIT recently welcomed two other researchers funded by the ERC and coming from abroad: the Italian Antonio Ambrosio, who left Harvard University, USA, to be appointed as Principal Investigator of the IIT Vectorial Nano-Imaging Laboratory, to continue his research activity in nano-optics; and Michael Vincent Lombardo, born in USA , who left the University of Cyprus to run as Director the IIT Laboratory for Autism and Neurodevelopmental Disorders (LAND), whose primary focus is to better understand what drives heterogeneity in autism and other neurodevelopmental disorders.

Arash Ajoudani, native from Iran, is the head of the IIT's Human-Robot Interfaces and Physical Interaction (HRI²) laboratory. In 2014 he received his PHD in robotics and automation in IIT and over the years he got several international awards, including the Amazon Research Awards in 2019, the Robotics Innovation Award at MECSPE2019, and the KUKA Innovation Award in 2018. The ERC starting grant will permit him to conduct the ERGO-Lean project, which proposes to study human ergonomics during complex human-robot-environment interactions, and investigate methods to anticipate the effect of worker actions in the short, middle and long term. The objective is to produce a collaborative robotics system capable of anticipating human behavior, so that it can intervene to help humans, contributing to ergonomic improvement of workplace conditions. 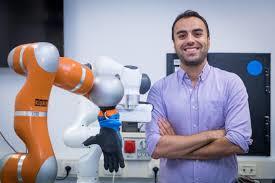 The Italian Francesco Di Stasio will come back to Italy, in IIT, from Spain, thanks to the ERC starting grant. In Spain he worked as a post-doc researcher at the Institute of Photonic Science (ICFO) in Barcelona. This experience was possible thanks to another European funding scheme for young researchers, the Marie Sklodowska-Curie Actions, which Di Stasio obtained in 2016 when he was a researcher at the IIT Nanochemistry department. Di Stasio is a materials scientist, with a PhD in Physics at University College in London; in his ERC project NANOLED he will develop methods for fabricating light-emitting diodes, with micrometric or lower dimensions, able to generating single photon in a controlled manner, to be applied in future quantum technologies. 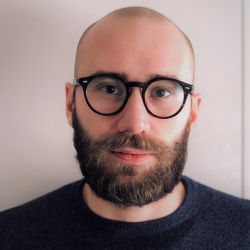 Ilka Kriegel, from Germany, is researcher at the IIT Nanochemistry lab since 2016. She did her PhD in physics in Munich, Germany, followed by a postdoctoral period in Milano, Italy. During her PhD Kriegel was a visiting scientist at the University of Chicago, in USA. Thanks to a Marie Sklodowska-Curie Actions project, from 2016 to 2019 she conducted her research activities between the IIT Nanochemistry lab in Genoa, Italy, and the Lawrence Berkeley National Laboratory, in USA. In 2016 she was in the 10 best "L'Oréal-UNESCO For Women in Science" and become member of the Christiane Nuesslein-Volhard Foundation. Her ERC project, Light-DYNAMO, aims for an innovative solution to directly store the solar energy in a new type of nanomaterial, based on nanocrystals and two-dimensional materials. The new solution will change the way solar energy is stored, even when it is present in a discontinuous way, and to be released to power electronic devices. 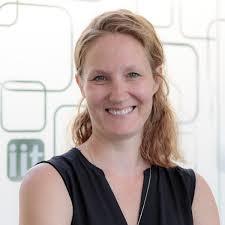 The Italian Velia Siciliano was appointed as Principal Investigator of IIT Synthetic and Systems Biology for Biomedicine laboratory in September 2017. After earning his Master's degree at the University of Naples Federico II, and her PhD in Human Genetics at the Telethon Institute of Genetics and Medicine in the same city, Siciliano moved to the USA, to work as a Postdoctoral fellow in the department of Bioengineering and in the Center for Synthetic Biology at MIT in Boston. In 2015, she returned to Europe, in London, winning a fellowship for young independent researchers from the Imperial College. Her ERC project, Synthetic T-rEX, combines biotechnology with medicine to enhance immunotherapies based on the use of genetically modified T cells, the so called CAR-T cells. CAR-T cells, which are currently used for the treatment of blood cancers and which have also being tested for solid tumors, in some cases may lose their effectiveness, becoming exhausted. Siciliano proposes to make CAR-T cells equipped with sensors that will register the exhaustion and will produce soluble factors and immune-modulators able to neutralize the dysfunction. 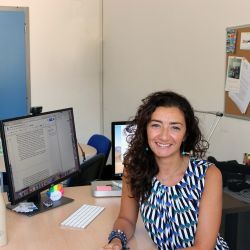 ERC Starting Grants are awarded to early-career researchers of any nationality with two to seven years of experience since completion of the PhD (or equivalent degree) and a scientific track record showing great promise. The research must be conducted in a public or private research organisation located in one of the EU Member States or Associated Countries. The funding (maximum €2.5 million per grant, including up to €1 million to cover extraordinary costs) is provided for up to five years. Calls for proposals are published once a year for each scheme.